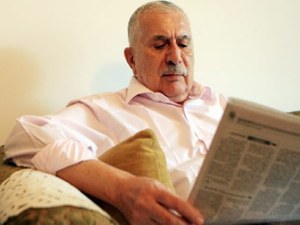 Prominent Lebanese historian Kamal Salibi died in Beirut on Thursday aged 82, the American University of Beirut at which he taught for more than half a century announced.

Born a Protestant on May 2, 1929 in multi-confessional Lebanon, Salibi gained a reputation as the leading historian on his country, penning "The Modern History of Lebanon" and "A House of Many Mansions: The History of Lebanon Reconsidered."

An avid pianist, Salibi earned a BA in history and political science from the American University of Beirut (AUB) and a PhD from London's School of Oriental and African Studies, where he worked under the supervision of Bernard Lewis and focused on Christian Maronite historians in medieval Lebanon.

In 1985, Salibi wrote his controversial "The Bible Came from Arabia," in which he argued that the place names of the First Testament pointed to southwest Arabia rather than Palestine.

At the time of his death, Salibi was emeritus professor of history at AUB, where he taught since 1954, and honorary president of the Royal Institute for Inter-Faith Studies, based in Amman.

His many works have been translated into German, Arabic, Russian and French.

A huge loss to Lebanon!

Now there's a post that deserves a comment.
Lebanon has just lost one of its rare great men.

Dr Salibi is one of few decent Lebanese who tried to reveal the historical facts of our area...He was a myth buster who really disturbed many ignorant and sectarian minds...
Lebanon has lost one of his academicals pillars. He survived by the people who read his books & writings….
MrBrain