12 Wounded in Clash over Basketball Game in Deir al-Qamar 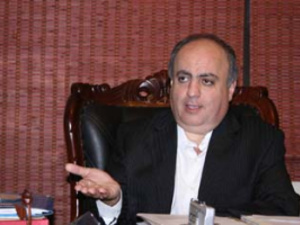 Twelve people were wounded on Friday when clashes broke out between supporters of the Deir al-Qamar and the Tawheed basketball teams, reported the pan-Arab daily al-Hayat on Sunday.

Knives and guns were used in the clash that first started as a fistfight between the two sides.

The political powers in the area soon intervened to end the dispute.

The clash erupted when the supporters hurled curses at each other over the basketball game.

The army soon took control of the situation as contacts were made between Progressive Socialist Party leader MP Walid Jumblat, Wahhab, and the Deir al-Qamar municipality.

Ten people were arrested in the incident.

The army command issued a statement on Saturday over the dispute, saying that four people were injured and the weapons at the scene were confiscated.

Wahhab condemned the incident, demanding in a statement that “the greatest disciplinary measures be taken against all sides involved without exception.”

The real Misery of our political life , that is affecting everything, even sports ... we will never be able to have a proper competitive level in any Sports field unless Politicians will move away from our soci-economic-sport-environment life!

This thug Wahab needs a million years to be admitted to a cell in a zoo in a civilized nation.....

i am shocked that wahhab has more then 2 supporters, ie his mum & dad

Sick of the lies visit

With 10 people injured over a game of basketball ,I guess playing sport in Lebanon is a dangerous pastime.The Lebanese should go back to street fighting with firearms, it might be less hazardous.The relevant authorities should arrest and charge all involved,players,staff,and their so called political backers.I know that's not going to happen,I forgot that we are in Lebanon.

Why do you need armed body guard in a basket ball game.
You should wear short, have peanut and lemonade and enjoy the game......

What was the final result?
MrBrain

He has a head to be thrown in a basket.Let him score!

wiam wahhab is not news worthy... the fact that there exist people brainless enough to listen to his banter let alone support any trash he utters is truly unfortunate and disgraceful.

Wahhab will probably blame the US and Israel as per usual.

till when are we going to stay like this