Charbel: Rifi, Hassan to Remain in their Posts 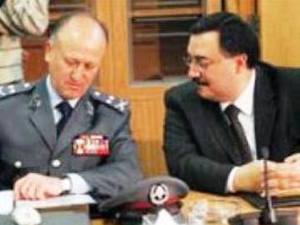 Interior Minister Marwan Charbel stressed on Sunday that the security situation in Lebanon is “very good”, saying that the real danger lies in the divisions among the people.

He told Voice of Lebanon radio: “The Lebanese should be persuaded that Lebanon is passing through a blissful phase, but politics is affecting the security situation.”

On security appointments, he confirmed that Internal Security Forces chief Ashraf Rifi and the head of the ISF Intelligence Bureau Wissam al-Hassan will remain in their posts.

Moreover, he added that the Intelligence Bureau’s board of command is responsible for changes within the office, not the interior minister.

The minister insisted that he is committed to the establishment of a strong internal security force “especially since political meddling has created division among its members.”

Charbel revealed that the new members of the ISF had been under close scrutiny for a period of eight months, pledging before the Lebanese that the security situation in Lebanon would soon become “better than excellent.”

Addressing the rival March 8 and 14 camps, he said: “Lebanon belongs to everyone and no camp can be a victor against the other.”

“Lebanon can only be saved through understanding, modern laws, and decentralized governance,” he stressed.

The Kuwaiti al-Qabas newspaper had reported on Sunday that Rifi and Hassan would remain in their posts in order to avert a dispute between the opposition and pro-government forces, who have been critical of the two officials’ performance.

Passing By (Guest) over 8 years

These are men who were corrupted by Mafia Hariri. It is Mafia Hariri and his Christian Sunnis who must be punished and terminated, and this is what is going on, slowly but surely. Finally, the government institutions are coming back, and so Lebanon's Spring has finally become a reality. Honest Lebanese, REJOICE.

OK this sounds reasnoable, Drop the stupid slogans of equaition by the filthy non-Islamic

two strong men who stood firmly against the farsi mafia and their christian shia.

lebanon can only besaved when you and your crooked friends leave us alone! the arab spring is about getting rid of their dictators which are one in each country.
In lebanon we have a a dozen or so dictators and unfortunately they all have to disappear before we have our freedom.