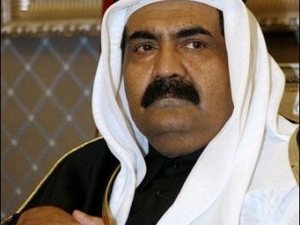 "The killing is nearly daily. But it's clear that the Syrian people will not turn back on their demands," Sheikh Hamad told pan-Arab news channel al-Jazeera.

"The question now is how to get out of this domestic standoff in Syria," he said.

In August, Sheikh Hamad criticized Syria's use of force against protesters demanding democratic change, describing the approach as fruitless and urging serious reforms.

More than 2,200 people have been killed in Syria since almost daily protests began on March 15, according to the United Nations, while human rights groups say more than 10,000 people are behind bars.

Meanwhile, the Arab League secretary general Nabil al-Arabi said Syrian authorities now agreed to a visit, which he had announced a week ago after the 22-member group had met to discuss the Syrian crisis.

Qatar had long enjoyed cordial relations with Damascus, but Doha-based al-Jazeera television has come under strong criticism by the Syrian authorities for its coverage of the popular uprising.