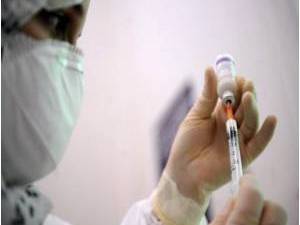 Researchers in the United States said Sunday they had developed a vaccine for tuberculosis that offered unprecedented protection in mice against the deadly disease.

Tuberculosis kills some 1.7 million people each year, with one in three people around the globe infected, according to the World Health Organization (WHO). The only vaccine currently in use is notoriously inconsistent.

Researchers led by William Jacobs, a professor at Albert Einstein College of Medicine in New York, determined that the key to warding off TB was to better understand how the bacterium that causes it, Mycobacterium tuberculosis, circumvents the human immune system.

Their strategy was to work with a closely related species, called Mycobacterium smegmatis, that is lethal to mice at high doses but does not harm humans.

The scientists created a version of M. smegmatis lacking a set of genes, known as ESX-3, that allows the bug to evade host immunity.

As expected, even when injected with large doses of the altered bacteria, mice did not get sick. Without the missing genes, the modified bacterium could not get past their immune system, which fought off the infection using the same T-cells that a successful TB vaccine would need to activate.

But there was a hitch: removing the same set of ESX-3 genes from M. tuberculosis killed the bug, which meant that it could no longer be manipulated to create the long-sought after vaccine.

So Jacobs tried another tack: he created a hybrid of the two bacteria by inserting the immune-system beating ESX-3 genes from M. tuberculosis into the version of M. smegmatis from which the equivalent genes has been removed.

Once again, the mice were able to fight off the infection. And when they were exposed eight weeks later to high doses of the TB that afflicts humans -- as lethal to mice as to people -- the "vaccinated" mice lived nearly three times as long on average as a control group, 135 versus 54 days.

Moreover, "vaccinated animals that survived more than 200 days had livers that were completely clear of TB bacteria, and nobody has ever seen that before," Jacobs said in a statement.

The study, published in Nature Medicine, cautioned that only a fifth of the mice showed such resilience, which means that the vaccine must be improved.

"We don't even know yet if it will work in humans," said Jacobs. "But it is certainly a significant step."