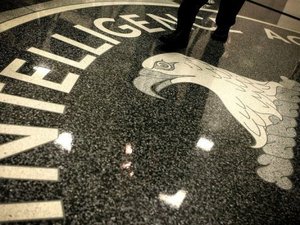 The Council of Europe's human rights chief urged Poland, Romania and Lithuania Monday to lift the lid on CIA "black sites" where detainees were allegedly tortured on their soil.

The Central Intelligence Agency, as part of its clandestine counter-terrorism operations, set up "black sites" in at least seven overseas locations, including some in Europe, Thomas Hammarberg, the council's human rights commissioner, wrote on his blog.

"At the height of the 'war on terror', Poland, Romania and Lithuania extended quite extraordinary permissions and protections to their American partners while respecting conditions of total secrecy.

"Today, years later, darkness still enshrouds those who authorized and ran the black sites on European territories," Hammarberg said, and urged disclosure in spite of the possible diplomatic costs.

Black site detainees were subjected to "enhanced interrogation" that included such torture techniques as waterboarding, or simulated drowning, according to the findings of independent investigations and declassified documents released under the U.S. Freedom of Information Act, the commissioner said.

The Polish site, opened in December 2002, held several so-called "high-value detainees", including suspects of the September 11 attacks -- one of whom endured "approximately 183 applications" of waterboarding in one month.

While Poland has launched a probe by its public prosecutor and Lithuania a parliamentary inquiry and an investigation by the prosecutor general, Romanian authorities, who deny the claims, have "demonstrated little genuine will to uncover the whole truth", the commissioner said.

He urged Poland to unveil the findings of its probe "with the minimum of further delay", Lithuania to provide more detail on the timing and scope of the CIA's activities on its soil, and Romania to launch a full public inquiry.

"The full truth must now be established and guarantees given that such forms of cooperation will never be repeated," the commissioner said.

"The purported cost to transatlantic relations of pursuing such accountability cannot be compared to the damage inflicted on our European system of human rights protection by allowing ourselves to be kept in the dark."