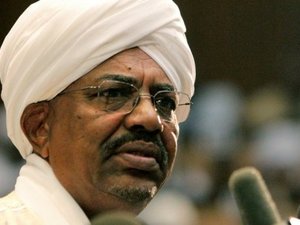 Sudan told U.S. officials of its desire to normalize ties with Israel, a leaked diplomatic cable said, in a potentially embarrassing revelation for one of the Jewish state's more outspoken critics.

Mustafa Osman Ismail, a senior adviser to President Omar al-Bashir, said one aspect of proposed cooperation with the United States included normalizing Sudan's relations with Israel, according to a cable published by WikiLeaks.

Ismail had told then U.S. charge d'affaires, Alberto Fernandez, according to the cable dated July 29, 2008, that Khartoum had drafted a strategy for working with the United States.

"He stated that one aspect of this strategy included normalization of relations with Israel, because 'if things were going well with the U.S., you might be able to help us with Israel, as they are your closest ally in the region'," the cable said.

He added that the failure of bilateral negotiations with Washington had ended this possibility.

The cable was sent some two months after the United States suspended talks on normalizing relations with Sudan, partly because of the lack of a resolution with the south on the disputed region of Abyei.

Israel has long accused Khartoum of serving as a base for militants from the Palestinian Islamist group Hamas, whose leaders are frequent visitors to the Sudanese capital.

In April, Sudan accused Israel of carrying out an air strike on its Red Sea coast that killed two people and destroyed their car, in an attempt to tarnish the country's name and prevent it being removed from the U.S. "terror" blacklist.

In his meeting with Fernandez, Ismail expressed his frustration at the breakdown in U.S.-Sudanese bilateral talks, despite Khartoum being "so cooperative and flexible during negotiations."

He said that before the bilateral discussions, it had been difficult to convince government hardliners such as top presidential adviser Nafie Ali Nafie about working with the Americans.

Khartoum is still seeking to be removed from the U.S. state sponsors of terrorism blacklist, and has accused Washington of reneging on a promise to do so in return for its cooperation over a January referendum and the resulting independence of South Sudan on July 9.

On Wednesday, the U.S. envoy to Sudan said the conflict in the border states of Blue Nile and South Kordofan was an obstacle to any improvement in bilateral relations.