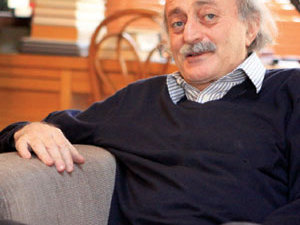 Progressive Socialist Party leader MP Walid Jumblat hoped that the electricity draft law would be adopted at parliament without any complications, As Safir newspaper reported on Friday.

“What happened during the cabinet meeting is positive and approving the electricity project is an accomplishment,” he said.

He expressed optimism over the issue and hoped that the country “had entered the phase of solving the chronic electricity crisis.”

Jumblat urged the cabinet to embark on achieving more accomplishments, “especially regarding the administrative appointments, that will be eventually completed.”

“There are flagrant vacancies” that should be filled based on an individual’s competency and efficiency, not his political affiliations, the MP stressed.

On Wednesday, the cabinet approved the electricity project proposed by FPM leader MP Michel Aoun with several amendments, including the allocation of the $1.2 billion funds in four installments, rather than in one payment.

Even though it was adopted by the cabinet, the parliament has yet to vote on it.

haka bardi. Lets see if he will support any probe in Ghazi Aridi's robbery of the wizara.

Walid Bey, as the French say: "vous avez une belle occasion de vous taire"! You could have helped get the project from the beginning instead of putting sticks in wheels. I agree with Zizo that you'd better take care of your beloved super-corrupt minister Ghazi Aridi and start by cleaning your own house.