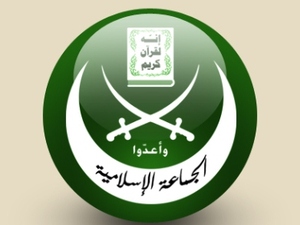 “Any person has the right to express his stances and viewpoints, but we were not expecting such a stance from His Eminence, especially that he deduced that any change achieved by the Syrian people would have negative repercussions on the ties among the Lebanese communities,” the Jamaa Islamiya said in a statement.

It also criticized “Change and Reform bloc chief MP Michel Aoun’s remarks, in which he lauded Patriarch al-Rahi’s stances and warned that Christians will be marginalized if the regime changes” in Syria.

Al-Rahi’s concerns are “refuted by a long history, which has proven that the Lebanese communities have been coexisting for long decades without any fear or apprehension, and that Muslims are totally keen on the best relation amongst each other and with the other Lebanese components,” the Jamaa added.

Recalling the 2003 U.S. invasion of Iraq, the Islamist group reminded al-Rahi that “all the components of the Iraqi people, without exception, have suffered the woes of occupation, killings and displacement, and most of the times the Muslims paid the biggest price.”

“Therefore, any comparison in this regard would not be based on fair standards,” the Jamaa noted.

It warned that “inciting sectarian and non-sectarian sentiments in these very circumstances will not benefit any of the region’s communities.”

The group called for “reactivating Islamic-Christian dialogue, which is apt to reassure all communities, away from the approach of suspicion and prejudgment.”

“Let us leave peoples decide their own fate,” the Jamaa urged.

Al-Rahi told Al-Arabiya television on Thursday that sectarian tensions between Sunnis and Shiites may emerge if the Syrian government is overthrown.

He warned that the Christians will pay the price if the Muslim Brotherhood succeeded Syrian President Bashar al-Assad.

Al-Rahi also urged the international community to grant Assad more time to implement reforms and resume dialogue with the opposition.

rahi opened a jar that president bechara elkhoury and PM riad el solh closed in 1943......the more u stir this jar the more bad odours u have.
monseigneur rahi, it was a mistake to stir it, now it is very difficult to close it since we dont have in the sunni or maronite community men of the calibre of khoury and solh.
if hariri and his sunnis go away(and they will)...and replaced by radical sunnis ,u think bashar or hassan can help u? just ask the syrian christians how they are living now...god help and keep all moderate men in bilad el arz...we need them more than ever.

Sad to see that nobody cares about Lebanon for Lebanon , only judgemental people '' if that happens than that happens ....'' what is happening in Syria is a massacre, i am a christian and of course i know and am aware that although i do not like the Assad regime and what it has done in Lebanon, it is the best guarantee for christians in SYRIA but not for us anyway, but in a higher level of not thinking of only ourselves, all people deserve freedom, what happens next is something else, its like depriving a baby from his food because you think he might want more and will cry after, wont you give him food anyway? some people are just not thinking like humans whether its Monseigneur Rahi or Muslim brotherhood, we just all want to live in peace and free all religions with one army in Lebanon , one authority and no ennemies anymore after getting back all our lands from Israel diplomatically and thats it, Shame on Rahi i would have never thought that of him

It sure seems clear Al Rahi is bothered by Lebanese Sunni-Syrian Sunni alliance but feels comfortable with a Lebanese Shiite-Syrian Shiite alliance......!!!!!! At least, the "political" position of this religious man is now clear to all.

Every people has the right to decide their fate democratically with mutual respect. It's arrogant to think that democracy is only right when the winning part is on your side.

No Al Rahi, I disagree that if democracy comes to Syria, that means the Christian would suffer. If Christian were better off due to the Assad gang, than they are in the wrong, I don't think they were, and I hate to think of people as muslims and christian, it's too much a generalization.

Corrupt people should be tried, justice should prevail, irrelevant of what religion or race or ethnicity or whatever... the demonstrations in Syria has the right slogans: "no christian, no muslims, no alawite, no sunnite, no arabs no kurds, Syria is one nation"
That slogan could be heard in all the cities... and still is being heard.
The different opposition figures are always incisting on that point.

It's only the regime and its media that are talking about extremist islamists and they block the media from exposing them..

Sectarian comments...We should get rid of them...
Naharnet definitely should filter the comments.... Oh this is not against Shiites...no problem then carry on.
MrBrain

this AL Rahi is becoming another syrian puppet,what a shame after all this killing ,he come with this statement,he should go and live in syria or in iran,and spend the money he got paid

A. Templar (Guest) over 8 years

Jamaa: "all the components of the Iraqi people, without exception, have suffered the woes of occupation, killings and displacement, and most of the times the Muslims paid the biggest price.”
I BEG TO DIFFER. Based on proportion, it is the Iraqi Christian community that suffered the most on the hands of the Sunni elements. Churches were bombed, burnt and thousands were murdered. Entire Christian communities were ethnically cleansed by the Sunni remnants in Iraq.
The same scenario is taking place in Egypt: Coptic places of worship are being destroyed.
Similar action in southern Sudan... and the list goes on.
It is systematic; the Christian community in Lebanon ought to sound the alarm.

Eli in Aus (Guest) over 8 years

I wish that the Patriach would stick to religion, and spare us his political views. Him, and the other religious turbaned figures should adhere to religions and leave politicsto the elected people. Liban est ma patrie

excellent observation for Batriarch RAHI who finally understood exactly what is to leave Syrians in Syria and Lebanese in Lebanon. Much better than Sfeir who was extremely prejudiced against 70% of Christians or more. With RAHI Lebanon will witness a quantum leap of faith and good judgment that we missed by his predecessor. Bravo Sayyidna...

so what is the solution rahi?? let thousands of sunnis die so that the dictator stays in power? the next question is...how long will he stay? is it really wise that a chrisitan spiritual leader flagrantly ties the future of christians to the preservation of dictators and to the blood of sunnis?? how would that make the sunnis feel towards the christians?? this is more like street people talk than responsible leaders im sorry....MR RAHI... SYRIA IS CHANGING.. GET OVER IT.. AND LIVE WITH THE CONSEQUENCES.. DONT WORRY.. THEY SYRIANS WHO FACE TANKS WITH BEAR CHESTS ARE NOT YOUR ENEMY, BLOODY TYRANTS ARE THE ENEMY, AND DONT BE SO STUPID TO SUPPORT THEM.. YOU ARE MAKING MILLIONS OF ENEMIES AROUND .. SUNIS ARE SIMPLY THE VAST MAJORITY IN THE ARAB WORLD.. WAKE UP AND SMELL THE COFFEE.

to the OBSERVER, what is the flag of christian parties?? are there no crosses there ?? what is the big deal ? why being such a racist? does hiz shaitan taba3ak has a lebanese flag in their flag? dont be racist and respect everyone's faith

Slam dukinn like Shaquille O'Neal, if he wrote informative articles.