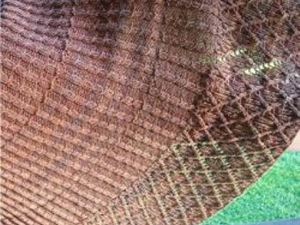 Archaeologists in Armenia said on Wednesday that they had found parts of a woman's multicolored straw dress that they believe was made around 5,900 years ago.

The find was made during excavations at a cave complex in southern Armenia where previous discoveries have included what are believed to be the world's oldest known leather shoe and most ancient winery, dating back 5,500 and 6,100 years respectively.

"It is the only example of clothing made of such an ancient vegetable material," Pavel Avetisian, director of the Institute of Archaeology and Ethnology at Armenia's Academy of Sciences, told Agence France Presse.

The dress parts were dated by scientists at the University of California and are now being restored, Avetisian said.

"As soon as we manage to put together all the parts of the dress, we will have a full picture of what women were wearing in the 39th century BC," he said.

Avetisian said that excavations at the cave complex were still in their early stages, and further interesting finds could be expected.

"I am sure that it holds many more surprises for us," he said.