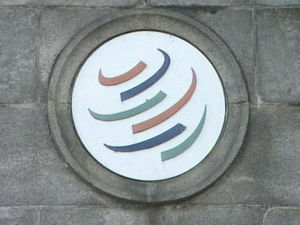 World trade is slowing more sharply than expected this year because of the sovereign debt crisis and an economic slowdown, World Trade Organization chief Pascal Lamy said on Friday.

The head of the international trade body said that forecasts for world trade for 2011 would be revised downward although he did not say by how much.

Lamy, speaking to the European American Press Club in Paris, also said that Russia would probably officially join the trade body at a WTO ministerial meeting in December.

Adhesion talks had recently intensified after Russia won approval from the United States and the European Union to join the Geneva-based body.

Russia is the largest world economy not yet part of the organization. It began talks to join the WTO in 1993.