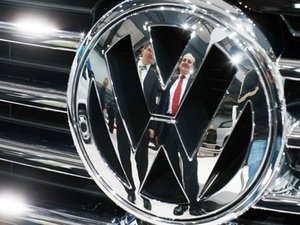 German auto giant Volkswagen said Friday it would boost investment sharply over the next five years as part of its ambitions to become the world's biggest car maker by 2018.

VW said in a statement it had earmarked 62.4 billion euros ($86.1 billion) for investment between 2012 and 2016, representing an increase of almost 21 percent over the preceding five-year investment plan for the period from 2011 until 2015.

The lion's share -- 49.8 billion euros or 80 percent of the total -- would be invested in property, plant and equipment, with Germany accounting for more than half of that figure, VW said.

Not included in the overall figure were an additional 14 billion euros in investments by its joint ventures in China, which would be financed using those joint ventures' own funds, it added.

In the all-important automotive division, VW would invest 32.7 billion euros in "modernizing and extending the product range" for all nine of its brands, the carmaker said.

"The main focus will be on new vehicles and successor models in almost all vehicle classes."

And in the area of powertrains, VW planned to launch more fuel-efficient and low-emission engines, with particular emphasis on the development of hybrid and electric engines, it said.