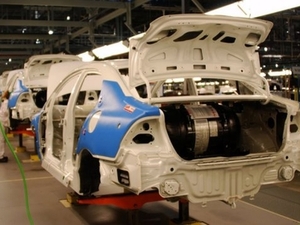 Honda Motor has decided to build its first factory in Russia, becoming the last of the five major Japanese automakers to do so, a report said Sunday.

Russia has an expanding car market and the Nikkei newspaper said Honda, the third largest Japanese vehicle manufacturer, has submitted the plant plan to the Russian government.

The factory will probably have a production capacity of 30,000 to 50,000 units per year, the newspaper said, adding that the initial investment was expected to total several billion yen (tens of millions of dollars).

The company will discuss the factory's location with the Russian government, but coastal regions in Russia's Far East are considered potential candidates, the Nikkei said, without naming any city.

The other major Japanese automakers -- Toyota, Nissan, Mitsubishi and Mazda -- either already have factories in Russia or are planning to build them.