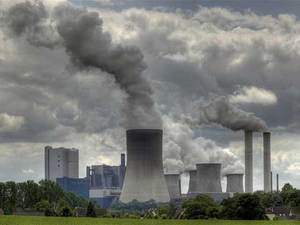 "Being a moderate optimistic, the commercial exploitation of shale gas will begin in 2014," the leader of Poland's governing Civic Platform (PO) liberals said while on the campaign trail ahead of an October 9 general election.

Poland could achieved "gas security" by 2035, he added as he visited Lubocin, northern Poland, where shale gas exploration was underway.

"After years of dependence on our large neighbor (Russia), today we can say that my generation will see the day when we will be independent in the area of natural gas and we will be setting terms," Tusk said.

The prime minister also insisted he had been "assured that well conducted exploration and production would not pose a danger to the environment."

"This is very important to us," he said.

Earlier this month Brussels said it intended to draft European Union-wide rules on tapping shale-gas reserves in the face of environmental concerns.

Moves to tap gas from shale -- sedimentary rock containing hydrocarbons -- have sown deep divisions in Europe amid concerns that hydraulic fracturing used in its extraction is environmentally risky.

France, for example, has frozen extraction projects and slapped a legal ban on so-called "fracking".

But Poland is pushing ahead with moves to exploit reserves thought to contain some 5.3 trillion cubic meters of natural gas.

If the estimate proves right, it would allow Poland reduce its reliance on coal for electricity production and it reduce its dependence on Russian gas supplies, which cover 40 percent of its needs.

Little known even five years ago, tapping shale-gas is seen as having the potential to change global energy markets, for example by doubling the estimated reserves of the United States.

Poland has already granted over 90 shale gas exploration licenses to international energy companies including ExxonMobil and Total in the hope of bringing its considerable reserves to market and ending its energy dependence on Soviet-era master Russia.

Initial studies suggest the shale deposits run in a huge 650 kilometer-long (405 mile) diagonal belt across Poland, stretching from the Baltic Sea coast in the north to the eastern border with Belarus and Ukraine.

Experts estimate the deposits could produce some 5.3 trillion cubic meters of natural gas, potentially covering Poland's estimated needs for up to 300 years.