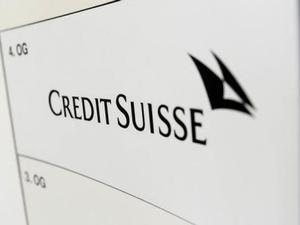 Swiss banking giant Credit Suisse said Monday that it has reached a deal with German authorities to end a tax evasion probe, and that it would pay 150 million Euros ($205 million) to settle the case.

"Credit Suisse group and the Public Prosecutor's Office in Duesseldorf have reached an agreement regarding the proceedings against Credit Suisse employees," said the bank in a statement.

"The entire proceedings are to be resolved," it added.

The bank said the settlement meant that "a complex and prolonged legal dispute has been avoided."

In 2010, the Duesseldorf prosecutor's office raided branches of Switzerland's second biggest bank in 13 German cities as part a probe of 1,100 clients and bank staff suspected of hiding funds from tax officials.

The raid came after officials in the German state of North Rhine-Westphalia bought a computer disc for a reported 2.5 million Euros (3.2 million dollars) with information on wealthy Germans linked to the investigation.

They were urged to come forward of their own accord to avoid prosecution, and some 12,000 had done so by late March 2010.

A spokesman for Duesseldorf prosecutors told Agence France Presse at the time that "the Credit Suisse clients have investments a total of around 1.2 billion Euros."