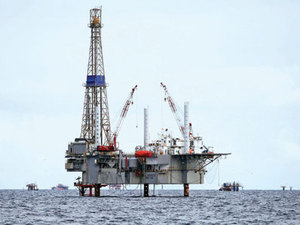 U.S. firm Noble has began exploratory drilling for gas off divided Cyprus's southern coast, ignoring Turkish warnings it would retaliate by launching its own explorations in the eastern Mediterranean.

Director of the Cypriot energy services Solon Kassinis told the semi-official Cyprus News Agency that Noble had started drilling for natural gas from its Aphrodite platform inside the island's exclusive economic zone on Sunday night.

Good progress was being made, Kassinis said, and the Texan-based energy firm hoped to find "sizeable quantities" of gas in block 12.

"If Greek Cyprus sticks to the timetable it announced previously, we will start drilling activity next week," Turkish Energy Minister Taner Yildiz told reporters in Ankara.

Yildiz called on Cyprus "to hold immediately" those plans, failing which Turkey would retaliate.

He said Ankara had signed an agreement with a Norwegian company for seismic drilling off the island, but he declined to name it.

"First of all, we will start exploration with one vessel," he said, adding that the Turkish navy may escort drilling ships in the eastern Mediterranean.

Turkey has repeatedly called on Cyprus to postpone its gas exploration, saying the Greek side has no right to do so while the island remains split, thus leaving the Turkish north out of the picture.

Yildiz repeated that "depending on the developments, Turkey could sign a continental shelf agreement" with the Turkish Republic of Northern Cyprus (TRNC), recognized only by Ankara.

With such an agreement, the TRNC would grant Turkey the right to share offshore energy sources, the minister explained.

He said an agreement was signed with a Norwegian company for seismic drilling off the island, but he declined to name it.

The United Nations has appealed for calm on the issue while the European Union has urged Turkey not to issue threats against member state Cyprus.

Both the EU and U.N. are worried that the energy row -- which also involves Greece and Israel -- could derail Cyprus peace talks that are faltering after three years of painstaking negotiations.

Cyprus President Demetris Christofias is expected to raise the energy issues during his contacts with U.N. officials in New York.

In a speech on Sunday he said it would take a year before Cyprus could evaluate the quantity and quality of its hydrocarbon deposits.

Last week the Cyprus foreign ministry said any deal between Ankara and the TRNC would be "illegal and inconsistent with international law."

Cypriot government spokesman Stefanos Stefanou has said Nicosia had "strong" international backing for its sovereign right to search for hydrocarbon deposits and would proceed to do so despite the threats.

Cyprus has been divided along ethnic lines since 1974, when Turkish troops occupied its northern third in response to an Athens-engineered coup in Nicosia aimed at union with Greece.

Cyprus says its hydrocarbon search is to the benefit of all Cypriots.

Noble has no exact estimate of the hydrocarbon deposits inside Cyprus's economic exclusive zone, but said seismic surveys were "very favorable" indicating a "sizeable quantity."

Israeli company Delek is a partner of Noble, which has reported large reserves of natural gas in two Israeli offshore fields.

Delek and its Texan partner announced the discovery of 16 trillion cubic feet (453 billion cubic meters) of natural gas in the Leviathan gas field some 60 kilometers (40 miles) from Cyprus's exclusive economic zone. Gas was also found in Israel's Tamar block even closer to the Mediterranean island.