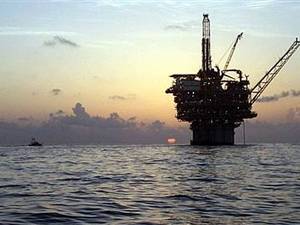 Foreign Minister Adnan Mansour is expected to meet with his Cypriot counterpart Markos Kyprianou ahead of the U.N. General Assembly opening Wednesday in New York.

“Mansour had clear directions from President Michel Suleiman to meet his Cypriot counterpart,” a diplomatic source told As Safir newspaper.

Mansour has sent a letter to U.N. Secretary General Ban Ki-moon rejecting geographic coordinates Israel submitted to the United Nations concerning the northern part of the waters it claims.

Meanwhile, Energy Minister Jebran Bassil warned Cyprus from not backing down on its deal with Israel, which could threaten the bilateral relations between the two countries.

“We will not tolerate any country that violates our sovereign right,” Bassil told As Safir.

He said that the cabinet should set the oil and gas reserves exploration in the sea as a priority on its agenda instead of “wasting time in arguing on issues already agreed upon like the electricity” project.

Bassil praised the government’s hasty decision on defining Lebanon's Exclusive Economic Zone, noting that the geographic coordinates adopted by the cabinet are the same as the 2008 cabinet led by former PM Fouad Saniora.

A dispute had sparked between Lebanon and Israel over the maritime border after the discovery of potential offshore energy reserves.

The Israeli cabinet in July approved a map and submitted it to the U.N., which has been asked to mediate the growing conflict.

The Israeli map conflicts with Lebanon's proposed borders, which give the Jewish state less territorial waters and was submitted to the U.N. last year.

Beirut argues its map is in line with an armistice accord drawn up in 1949, an agreement which is not contested by Israel.

Israel has for months been moving to develop several large offshore natural gas fields in the eastern Mediterranean, some of which are shared with Cyprus.

Hizbullah-dominated government has meanwhile warned Beirut will not give up its maritime rights and accuses Israel of violating Lebanese waters, territory and airspace.