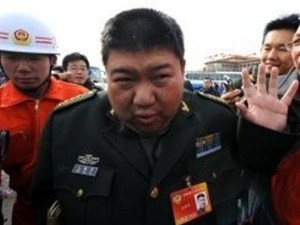 He is a major general in the Chinese army, a political advisor, an author and a blogger, and now the grandson of China's revolutionary leader Mao Zedong has taken up a university teaching post.

Mao Xinyu is to be a part-time teacher of his grandfather's philosophy, taking on a class of 65 students at Guangzhou University's Songtian Professional College, according to a statement on the school's website.

The heavy-set 41-year-old, who bears a resemblance to his grandfather, has acknowledged that his family background has helped his career progress.

He is already a major general and researcher in the People's Liberation Army, and a delegate to the Chinese People's Political Consultative Conference, a body that in theory advises the main congress on political matters.

And Mao said he will be keeping a close eye on his new students.

He has encouraged them to post their problems on his microblogging account on people.com.cn, so that he can help them, according to the school's statement.

And he has also told teachers to keep him abreast of the students' academic performance.

"In their next four years of university education, which students usually have better results, who usually has the worst result, who likes to play truant, who needs help, please tell me regularly," he told the class counselor.

Mao has written several books including "My Grandfather Mao Zedong" and was once voted one of the most popular bloggers on the website of the People's Daily, the Communist Party's newspaper.

In an interview published in August last year, he expressed a desire to get more involved in politics and said that his family background had "definitely" helped his progress in the army.

"That is an objective fact, it can't be avoided," he was quoted as saying by the popular web portal Netease.

"I think that my friends and my army colleagues have this feeling. Everyone shifts their respect and love of Chairman Mao on me, so this definitely was a factor."