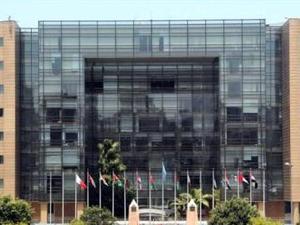 More than 2,000 demonstrators gathered outside the United Nations' offices in Beirut on Tuesday in a show of support for a Palestinian bid to secure full U.N. membership.

"We are here to show our support for Palestine's right to be recognized as a state, a right that is stipulated by international law," said Kazem Hassan, one of the organizers of the joint rally by Lebanese and Palestinians.

The demonstrators gathered outside the U.N. building in downtown Beirut, waving Lebanese and Palestinian flags as well as banners reading "Palestine, the 194th state in the United Nations".

Abbas, acting in his capacity as head of the Palestine Liberation Organization, has vowed to formally submit the membership bid to the U.N. on Friday, when he will also address the General Assembly.

Abbas has said he is determined to go ahead with the controversial move despite mounting international pressure against it.

There are an estimated 300,000 Palestinian refugees in Lebanon, according to officials.

Just get them out of Lebanon. This is not our concern. Let the Israelis and Palestinian sort out their issues.