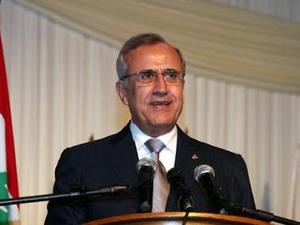 President Michel Suleiman has announced that he agreed with Libyan officials that a conference to encourage investment in Libya will be held in Beirut on Nov. 24.

Suleiman made the announcement in New York on Tuesday as he participated in a high-ranking meeting on Libya that was attended by top officials including U.S. President Barack Obama.

The first meeting that the Lebanese president held upon his arrival to the U.N. was with his Palestinian counterpart Mahmoud Abbas who is seeking to receive recognition of the Palestinian state.

In the 30-minute meeting, Suleiman rejected the naturalization of Palestinians in Lebanon and supported Abbas’ U.N. membership bid.

Suleiman also held talks with the presidents of Iran, Austria and Slovenia on the sidelines of the General Assembly meeting that opens on Wednesday.