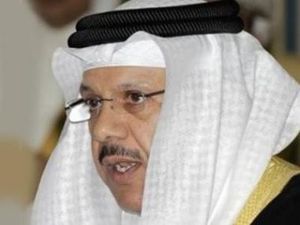 Zayani's visit to Yemen was aimed at determining "the possibility of looking into the details of the Gulf Initiative," Saba quoted him as saying.

He "affirmed that when conditions are more favorable then all sides will be ready to exert the efforts needed to overcome tension and achieve security and stability in Yemen," the report said.

Zayani left after meeting Wednesday with Vice President Abd Rabbuh Mansour Hadi, who called on "all Yemenis to respect the GCC's efforts and what Zayani specifically is doing," it added.

Benomar and Zayani both arrived in Yemen on Monday hoping to finalize agreements on the transfer of power from Saleh to his deputy.

But battles have raged in the capital between rival military units since Sunday, amid a deadly crackdown by Saleh's forces on anti-regime protesters. The latest violence has left 79 people dead, according to medics.

The GCC plan, proposed last spring, calls on Saleh to step down as president and hand over all constitutional authorities to Hadi. In return, Saleh would receive amnesty from prosecution for himself and his family.

The U.N. roadmap was drawn up in two weeks of talks in July in Yemen between the opposition and leading figures from the ruling General People's Congress and chaired by Benomar. It stipulates that Saleh transfer power to Hadi.

Whereas the Gulf plan stipulates a one-month interim period ending with Saleh's resignation, the U.N. roadmap provides for an extended period of up to six months.