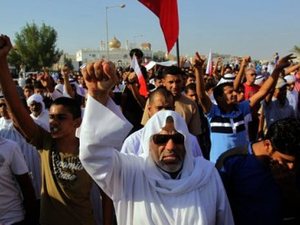 U.S. President Barack Obama's pick to be ambassador to Bahrain said Wednesday that the kingdom should respond to unrest there "not through repression, but through genuine reform and reconciliation."

"Political reform and respect for human rights are vital to Bahrain's stability and to the protection of U.S. interests in the region," Thomas Krajeski told the Senate Foreign Relations Committee at a confirmation hearing.

"Bahrain's long-term stability depends on addressing domestic grievances not through repression, but through genuine reform and reconciliation," Krajeski said in prepared testimony to the panel.

His comments came days before parliamentary elections set for September 24 in Bahrain, where a Sunni monarchy has ruled over a majority Shiite population for decades and crushed a month of Shiite-led democracy protests in mid-March.

The opposition has already boycotted the polls and wants democratic reforms in the Gulf kingdom, which is home to the U.S. Fifth Fleet.

Krajeski said his "top priority" is to sustain the U.S.-Bahrain partnership "based on mutual interests in regional security "while encouraging and supporting reforms that meet the needs and aspirations of Bahrain's citizens."

He reiterated that Washington "remains deeply concerned" about the crackdown on protests and cited "many credible reports of serious human rights abuses by security forces."