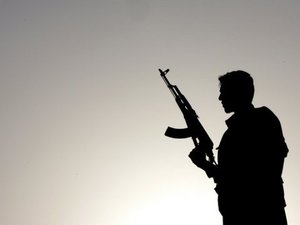 Clashes with Kurdish rebels late Wednesday in a town in Van province in eastern Turkey resulted in the death of two Turkish security forces and left three others wounded, added the sources.

The operation was continuing in the area, they added.

Another attack by a Kurdish rebel in the center of Diyarbakir in Turkey's southeast, densely populated by Kurds, killed one police officer, said the sources.

The rebel fired at police with a Kalashnikov rifle, also wounding two civilians and another police officer.

The assailant ran away after the attack, according to security sources.

The attacks by the outlawed Kurdistan Workers' Party (PKK) have dramatically increased since early summer.

Turkey has threatened to launch a military incursion against the bases of PKK in northern Iraq amid a spate of attacks also targeting civilians.

The Turkish air force has repeatedly bombed PKK targets since August 17. The PKK, listed as a terrorist group by Ankara and much of the international community, took up arms in Kurdish-majority southeast Turkey in 1984, sparking a conflict that has claimed about 45,000 lives.