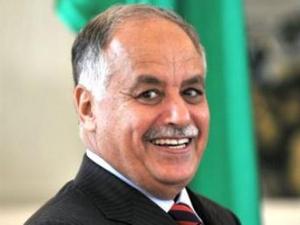 Baghdadi, who was arrested on Wednesday, "appeared before the state prosecutor in Tozeur (430 kilometers south of Tunis) and sentenced to six months in prison with immediate effect," Kadhem Zine el Abidine said.

The former premier was arrested overnight in the southern Tunisian town of Tameghza, near Tunisia's border with Algeria, according to interior ministry spokesman Hichem Meddeb.

Meddeb said Thursday two others were detained along with Mahmoudi after Tunisian officials found none had visas.