Yemen President Back in Sanaa after 3 Months in Saudi 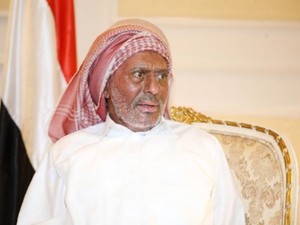 Yemeni President Ali Abdullah Saleh returned to Sanaa on Friday after more than three months of medical treatment in Saudi Arabia, even as his forces were battling dissident troops in the capital.

Saleh's surprise return was announced by state television. He arrived by plane in Sanaa at 5:00 am (02:00 GMT), an airport source told Agence France Presse.

The 69-year-old Saleh, who has since January faced massive street protests demanding he step down, was hospitalized in Riyadh on June 4, a day after being wounded in a bomb attack on his Sanaa compound.

His return came as his forces were early Friday fighting dissidents loyal to General Ali Mohsen al-Ahmar in Sanaa for a sixth straight day, with almost 100 people killed since Sunday.

Both sides are backed by rival tribesmen, with witnesses saying the fighting on Friday was concentrated in the capital's northern al-Hasaba district.

Most of the fighting since Sunday however has been in the center of Sanaa, pitting Republican Guard troops commanded by Saleh's son Ahmed against Ahmar's dissidents.

The general's forces have been protecting anti-regime protesters who since February have camped out in their thousands at Change Square to press their demand that Saleh, in power for 33 years, step aside.

A medic said Friday that during the night two people were killed when a shell smashed into Change Square, bringing the death toll of civilians and combatants since Sunday to at least 97.

Medics said hundreds more had been wounded, adding that most of the casualties were civilians.

The bloodletting in the Yemeni capital has stalled a Gulf Cooperation Council initiative that would see Saleh stepping down and handing over all constitutional authorities to his deputy.

In return, he and his family would be granted immunity from prosecution.

Saleh was released from hospital at the beginning of August but has been recuperating ever since in the Saudi capital.

He appeared for the first time after the bomb attack on television on July 7, covered in bandages and his face clearly showing burn wounds.

The soaring violence has raised long-standing fears that Yemen, which faces a Shiite rebellion in the north and the growing influence of al-Qaida in the south in addition to a southern separatist movement, is heading for full-blown civil war.

U.N. envoy to Yemen Jamal Benomar told AFP late Wednesday that the deteriorating security situation, and the reluctance of both sides to reach a political resolution, raises "the risk of civil war breaking out."

Benomar arrived on Tuesday in Yemen where he and Gulf Cooperation Council chief Abdullatif al-Zayani have been working to broker a peace deal between the warring parties.

Zayani left on Wednesday after efforts to reach a political consensus failed, saying the parties were not ready to negotiate.

He is expected in New York on Friday to discuss the crisis with GCC foreign ministers and international diplomats gathered at the U.N. for the annual General Assembly, a Yemeni diplomat said, requesting anonymity.

The U.N. High Commissioner for Human Rights Navi Pillay warned Thursday that Yemen was at a "dangerous crossroad."

She noted that a mission dispatched by her office last week already criticized the regime for deploying excessive force including live ammunition, snipers and heavy weaponry to quell protests, which led to a "heavy loss of life."

"It is disappointing that lessons have not been learnt and violations repeated," she added.