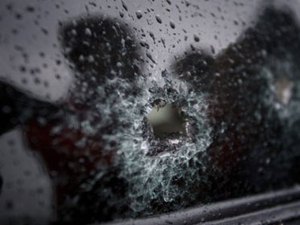 A member of the Internal Security Forces was killed Friday night when a clash broke out between the al-Qaq and al-Dar families in the Bir Hassan neighborhood in Beirut, reported the National News Agency on Saturday.

It explained that heavy machine guns were used in the dispute.

The ISF member intervened to tackle the clash, but he was consequently shot in the head.

He died of his injuries soon after being transferred to hospital.

The security forces are currently attempting to uncover the perpetrators.

This was a further measure to warn ISF to don't meddle in external affairs and to don't intervene outside lebanese territories.

Once again this is proof they should surrender their guns.

Seems as the years progress, we're still living like cavemen in the stoneage.