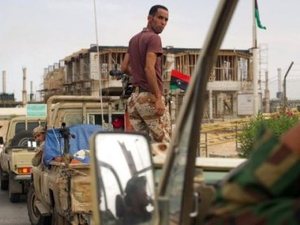 Fighting has claimed the lives of 30 interim government fighters in the campaign to capture the Gadhafi bastion of Bani Walid southeast of the Libyan capital, Dr. Mabruk Kernaf said on Saturday.

The National Transitional Council's northern front commander said another 50 had been wounded.

This was the first overall toll given on NTC casualties since the start of fighting.

NTC fighters launched a widespread assault on the city on September 10, but withdrew the same night after encountering fierce resistance.

There has been intermittent fighting since then, but NTC forces are holding back on attempting a new assault.