Soaid Warns of Confederation of Confessions 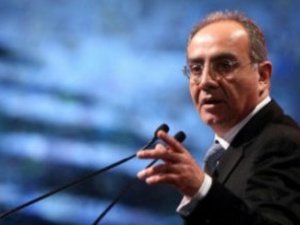 March 14 General Secretariat Coordinator Fares Soaid has hinted that the meetings of Maronite political leaders in Bkirki consolidate “the confederation of confessions.”

In remarks to al-Mustaqbal daily published Sunday, Soaid said the meetings held at the seat of the Maronite church have no interest in showing sects as political spheres that inform other confessions about their decisions.

“As if the civil state has become a registration department through which agreements are reached at a time when the confessions are the major components that practice political life at the expense of institutions,” he said.

Soaid warned that Lebanon would turn from its status of Islamic-Christian national unity into a confederation of sects that targets coexistence.

Asked about a Christian-Islamic summit that will be held on Tuesday, the March 14 official said: “If an Islamic-Christian statement is issued to deal with real issues such as the tribunal (STL), the arms and Lebanon’s united point of view on the Arab spring, then this summit would be valuable.”

“But if it was held only for appearances, then I don’t think it would be useful,” he added.

As if today Lebanon is anything else than a confederation of sects! Open your eyes and look at where you live and how you live... The alternative would be confederation of religions which would just confirm the current demographic split. Allah yer7amak ya Bashir!!!

Still talking Mr Soaid ! Get yourself elected first , than open it .

it is clear that le phenicien is nothing close to a phenicien.
most probably this guy is one of the followers of the ones who lick the boots of the iranians.
please stop such comments, that say nothing.

@ thepatriot
FYI , 1 / Gebran Bassil belongs to a very powerful and to the strongest Christian political party , that is today , the head of the majority .

2 / Gebran Bassil is an exceptional minister with very successful results in his ministries , like the telecom before , and today the electricity to all Lebanon , despite the opposition of March 14 , that never did anything for the last 20 years in power .

No you cannot compare an opportunist like Souaed that is on Hariri's payroll , to a successful and a self made person like Gebran Bassil . Sorry .