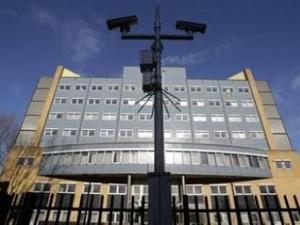 The Special Tribunal for Lebanon heard on Thursday the controversy on telecommunications data that erupted in the aftermath of the assassination of former Prime Minister Rafik Hariri in February 2005.

MP Marwan Hamadeh, who is the first politician to appear in court as a witness in the in absentia trial of five Hizbullah members, provided answers during the cross-examination of defense counsel Vincent Courcelle-Labrousse.

He admitted that when as telecom minister he “took the lid off the provision of data according to the agreement signed with the Lebanese government” he was no longer following the issue.

The U.N. commission investigating Hariri's murder in a suicide car bombing on the Beirut seafront had examined telecom data, which later the STL Prosecution based its circumstantial evidence on.

“I think we should have brought here all the files of the ministry of telecommunications so that we could have a complete and not a selected view,” said Hamadeh.

“The lawyer is trying to imply that I was on a one man show in this operation,” he added.

But defense counsel Courcelle-Labrousse replied: “Had I had the documents I would have displayed them. The prosecution is refusing to disclose them to me.”

At first, “the system was unblocked for the provision of the database,” said Hamadeh.

“But after the government of Mr. (Fouad) Saniora resigned (in June 2008), new ministers of telecommunications started putting conditions and barriers to the provision of this data to the commission and then the prosecutor,” added the lawmaker.

He said the ministers were members of the Free Patriotic Movement allied with Hizbullah.

On Wednesday, another defense lawyer claimed there had been frequent meetings between Hariri and Hizbullah chief Sayyed Hassan Nasrallah, who had formed a parliamentary committee to set the stage for a Sunni-Shiite alliance that was set to be announced in 2005.

Hamadeh revealed to the court that Hariri had met with Nasrallah about a month before the Valentine’s Day assassination.

The two officials had regular contacts ahead of the 2005 parliamentary elections, the lawmaker said.

Hamadeh also revealed that Nasrallah told him in a secret meeting in either April or May 2005 that he “did not know” if Syria was behind his Oct. 1 assassination attempt.

Even when it comes to Justice, it's M8 vs M14. Politicians making decisions just out of spite. If today there was a some sort of protest and one person lost his slipper while walking and shouted "i lost my slipper!" everyone will shout after him "i lost my slipper!"

"The U.N. commission investigating Hariri's murder in a suicide car bombing on the Beirut seafront had examined telecom data, which later the STL Prosecution based its 'circumstantial' evidence on"

It gets better & better doesn't it?

A case built on 'circumstantial evidence' & its best piece of evidence thus far is? "hearsay" !

It's funny how even the defense is using hearsay. "Did you know Sayyed Hassan visited the Hariri family in secret to offer condolences?" And also, why is the defense attorney going so far to defend the Syrian regime when it's Hezbollah who's on trial not Syria...

(2). Masalan, why did Emile Lahoud remove the state protection that was the right of Mr. Hariri? Who could move a ton plus of high explosives without ever being detected, and who in the first place could purchase such a scarily large amount of explosives other than big, well organized and well funded organizations or the states? Who has the logistics, the finance, in fact everything to prepare, enroll, act and cover up any such assassinations other than such large organizations or states? Let us stop monkeying around, the Lebanese state under Emile Lahoud, with absolute cooperation by Hezbollah, under the strict dictates and control of the Syrian regime of Bachar Al Assad could have committed such heinous acts.

(3). Furthermore, Syria has on its dirty neck the blood of Lebanese leaders such as president Bachir Gemayel, Kamal Jumblat, Grand Mufti Hassan Khaled, president Rene Mouawad, writer Salim El Lawzi, comedian and critic Nouhad Aboul Hassan,...just some names that were followed later on from 2005? Sayed Hassan may try very hard to wiggle out of this predicament, but try as he may, it will be next to impossible to shake off the suspicions that hang over his head, time will catch up to him, no wonder why he is trying so hard, with the support of what left of the Syrian regime and of Iran, to block any attempt to bring about a leadership of the nation that will be deemed not subservient to the agendas of those involved, suspected and implicated in all these crimes.

(4). Unfortunately, Syria's cronies had a lot of cash to splash around, today they can fabricate almost anything they wish, but facts cannot be fabricated either. The one thing that every Syrian Lebanese lackey had in the heart before the Syrian civil war, that their boss in Damascus was so powerful, almost a God, that they too were untouchable. Today all that is gone, their boss is teetering on the edge of the cliff, Iran is desperately broke and wants a way out, Hezbollah's finances are dwindling, Russia's Rouble is now down past 40% of its previous value, and the worst of all, the STL is still working to bring to all, the one and only that that matters, the TRUTH. Some will live by it, others will die for it.

Why does the Lebanese need proof to convict anyone?

Just ask neutral posters on naharnet...They know all the answers & act like judge & jury through their daily gossip.

Well sharing our opinion is a healthy thing, there was time here when we couldnot speak freely, i know u are in australia for so long u might have forgoten things....
Now magnificent roar, please try to change ur tv channel for otv/sana from time to time it would do u good...
Now go have ur chupachups man