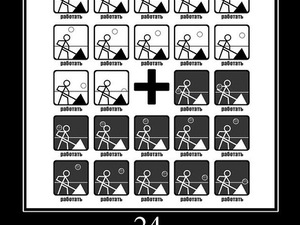 Greece and the euro are facing a tough week as European Union and IMF experts resume an audit of progress on cutting the public deficit and reforming the economy, with default threatening.

The EU and IMF will decide on the basis of the audit whether to release the next slice of rescue funds of 8.0 billion euros ($11.0 billion) from a first bailout in May last year.

Without this money, Greece will be unable to pay its current bills from about the middle of October.

Rumors that plans are being made for an inevitable Greek debt default caused further volatility on stocks and currency markets on Monday, in a climate overshadowed by signs of global economic slowdown.

Market analysts were disappointed that yet another weekend of high level international crisis talks had ended with words but no action.

Risk-averse investors shunned the euro, which sagged to an eight-month low of $1.3390 in Tokyo trade, and slumped to 102.17 against the yen -- the lowest level for a decade.

Greek Finance Minister Evangelos Venizelos said in Washington on Sunday that Athens would introduce new measures to fight the debt crisis, and the risk of worse contagion to Italy and Spain and the global economy.

"We are ready to take the necessary initiatives at any political cost," Venizelos told international bankers.

"I don't think that you can find many examples at the international level of such rapid fiscal adjustment efforts," he said.

But as he made his pledge, a pessimistic Eurozone was making plans to expand a stabilization war chest -- the European Financial Stability Facility (EFSF) -- that would throw up financial firewalls in the event of a crisis.

"We are thinking about the possibility of giving the EFSF greater leverage, to give it greater strength," EU finance commissioner Olli Rehn said in comments to be published in newspaper Die Welt Monday.

Analysts complained that the mixed messages, and a lack of clarity after last week's meeting of finance chiefs from the Group of 20 leading economies, fuelled concerns that another global financial crisis is looming.

The G20 members issued an emergency statement saying they were "committed to a strong and coordinated international response."

"But they came short of mapping out any measures with immediate effect so have failed to stop the market's selling of risky assets," said Teppei Ino, an analyst at the Bank of Tokyo-Mitsubishi UFJ.

Britain's former finance minister Alistair Darling said on Sunday that European governments had "only this weekend... realized it is only a matter of time before Greece defaults."

Darling, who held the key post during Britain's 2008 banking bailout, accused European leaders of allowing the Greek crisis to "run on and on and on" and urged them to take immediate action.

The Eurozone agreed in July to increase the EFSF's lending capacity to 440 billion euros ($591 billion).

Rehn did not give any figures on an enlarged fund but reports said it could be boosted to more than 2.0 trillion euros.

"The current crisis is a serious combination of a crisis in public debt and weaknesses in the financial sector," Rehn said, referring to concerns over the strength of Eurozone banks.

"We cannot solve one without the other," he added. "We need to shore up repair work in the financial sector with a recapitalization of the banks."

There is mounting speculation that the EU rescue of Athens crafted in July -- which still awaits ratification by the 17 Eurozone member nations -- will need to be revised again.

Ireland and Portugal have also been forced to seek EU-IMF bailouts, and there are now question marks over the financial health of the large economies of Spain and Italy.

Greek Prime Minister George Papandreou visits Berlin this week, ahead of a German parliamentary vote on whether to approve the plan to expand and deepen the EFSF.

German Chancellor Angela Merkel said Sunday she was confident she would not have to rely on the opposition to pass Thursday's crucial vote.

While Greece continues its dance with bankruptcy, only a year after a massive EU-IMF bailout loan of 110 billion euros ($149-billion), some European leaders still insist the country should not be allowed to go broke.