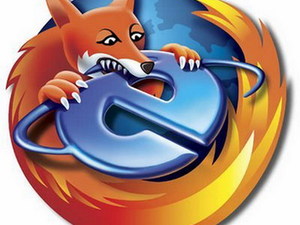 Hizbullah is preparing for a meeting between its Secretary General Sayyed Hassan Nasrallah and Maronite Patriarch Beshara al-Rahi, reported MTV on Tuesday.

It said that the visit would be aimed at repaying the patriarch for his recent stands and tour of southern Lebanon.

Al-Rahi had paid a three-day visit to the South, where he was received warmly by AMAL and Hizbullah.

He praised during his tour the Resistance’s role in confronting Israeli aggression, stressing that the Lebanese must remain vigilant against various threats of division in the region.

For its part, Hizbullah last paid a visit to al-Rahi soon after his election as patriarch.

The head of the Loyalty to the Resistance bloc MP Mohammed Raad carried out the visit and not Nasrallah.

Al Rahi will be meeting his president, nasrallah.
they will soon have to flee to iran where they belong

It is very hard for me to criticize/disrespect the current patriarch since I held the position that those who criticized and disrespected patriarch Nasrallah Sfeir like Klawn and Petit Prince should have been excommunicated from the church. I feel very strongly about respecting this important Christian post so I will refrain.

@ Rahi, may God give you the wisdom and courage to speak the truth for you are going down a path many of us can not and will not follow. Allah y’nawrak w’yihdik.

Anything that brings Lebanese closer is good and should be promoted

I cannot believe that this Honourable venue of Bkerké could host a criminal who will soon be called to LaHague to answer about his lieutenant executioners actions! Let Al Rahi phone Ghassan Tuéni, Amine Gemayel, Mrs Hawi and Kassir , Mrs Ghanem,Mrs Fuleihan, etc...and invite them to a glorious reunion lunch with the Saint of Saints!

Zionist jeolous remarks, if the Lebanese know better how to live in peace with each other, so you are dying, because you have failed to live side by side with your Palestinian half brothers, well this is what is unique about the Lebanese and that is why they own the recipe. Too bad because you are busy with your nuclear weapon and science lacking the real human values and peace that you need more than anything.

mowaten:
your comments do not deserve a reply.
as usual they are a repetition of much the same: when you cannot reply, you come up with bad words like a 3 year old.
go play with people of your age... :)

@mowaten IRANI, don't even try to say "all Lebanese" in your post since I am Lebanese and I didn't feel geha is trying to send me to IRAN. Please, we all know you are an IRAN loyalist and a HzbElKzb follower with nothing new to bring to the table, so why not take your ball and go play outside with the rest of the kids with the Israel derangement syndrome. Whether any of us like it or not, Israel is not going anywhere and it will be here long after we are dead and burried. Stop sucking your thumb wishing it isn’t so!

A terrorists chief and a believer in the Iranian oppressive theocratic regime approves of Rai's stances. What does make Alrai? the difference is that in the maronite church there are no ayatollahs so Alrai either follows the principles of the church or he will be demoted to office duties.

@mowaten
since you decided to stop bad words, I will reply your comment.
these religious people are cowards who caved in in front of the syro/iranian boots, and as free Lebanese we reject them.
is that too hard for you to understand?
for us hizbullah is nothing but the arm of iran in Lebanon, thus not a Lebanese entity, and all their followers fall into the same bucket.
hizbullah is serving his iranian masters as denoted by their commitment to shoot their rockets in retaliation of any attack against iran.
how can we accept this? what is iran to us Lebanese? nothing. so why should we pay for a war imposed on us by iranian agents.
if you reply to this comment with reason then fine, otherwise go play with your 3 year old friends. :)

Let's talk about HIZBUSTAN's Aggression against the State of Lebanon and all True Lebanese that oppose their views, before we rant about Israeli aggression. First of all Israel's aggression against Lebanon has always been in response to some provocation, "For every Action There is an Opposite and Equal Reaction", and we can also add that at least Israel and Lebanon are in Conflict. My question is Are the True Lebanese and the State of Lebanon in Conflict with our OWN CITIZENS, HIZBUSTAN ? They are supposed to be The RESISTANCE that is defending Lebanon against Israel !!! Yet they commit a hell of a lot more Aggression against Lebanon and its people than Israel has ever imagined. They are above the Law, they Murder, Steal, Protect all sorts of Criminals... and the Lebanese Authorities cannot even set foot in their areas. So dear Batrak, please take it easy on your Praise to HIZBUSTAN, they are the Number One Enemy of Lebanon and not Israel.

Finally , this meeting will take place , between the NEW Maronite & Christian spiritual Patriarch and the Sayed , after the one that took place a long time ago between the maronite and Christian Political Patriarch , that gave birth to the MOU that became the Lebanese Road Map . Alleluia ..

The visit of Mgr Rahi to the South is very positive whether we like or not Hezbollah.
Any step aimed to reduce tension between sects is welcome.
The main issue with Hezbollah is their ideology not compatible with the benefits of the country. We cannot link peace in Lebanon with non lebanese issues. The palestinian cause is lost and even the most extremist sunnis know this well. Palestinian refugies will never go back home. They are lucky if they can have a mini state in what remains of Gaza and West bank. When Hezbollah makes discours vowing to fight till the liberation of Palestine, the liberation of Golan, and the extermination of Israel, it means simply that they are exposing the country to the destructive power of the sionists. This kind of discours is not constructive and is serving the israeli interests. We have enough problems to care about.

@geha.
Why dont you leave go away . we know you are a jew and upset to see lebanese people united. we will have peace we will unite and we will step on your heads. You are nothing but an ignorant idiot. or your mother dropped you on your head when you were a kid. you will never grow up you have a brain damage. people like you should be locked up . People like you are minority and no matter what you say does not count. you have no voice. go suck a lemon or something else .

@mowaten IRANI, I am not required to prove my citizenship to you or anyone else because I never claimed I was or wasn't. You on the other hand who claims to be a citizen and worship HzbElKzb and obey IRAN's wishes should go check your birth certificate because though you might have a Lebanese password, I am sure it says: Né à Téhéran en Iran!!!!

LOL, the next time I post I will try to write in broken English so you, jabalhabal and bigdig can understand it and discuss it amongst yourselves before you formulate a reply. Who knew that attempting to speak English properly would get me accused of not being Lebanese.

For your information there are tons of Lebanese who speak French, English, German, and Spanish better than the natives of their respective countries and THEY ALL STILL ARE LEBANESE!

Sharing a bed wtih Nasrallah and you share the same smell

You are taking us on a path we cannot follow...

NO TO WEAPONS, NO TO HEZBOLLAH, NO TO FARSI, NO TO ASSAD
NO TO DICTATORS, NO TO BULLYING

bandoul saudi .. you worship the orders of the saudi citizen saad hariri. we all saw the giant poster of malek abdallah in ur last march 14 i love life protest.

yes you got patriotic: to iran :)

@ jabalamel.. do you copy and paste? zionist war department,.. over it..

Nabih Berri should make a brave move for the Shia and re-align with M14 and completely isolate Hezbollah and Amal would rightly return as purely Lebanese movement (instead of deviating from its path as puppets to the Persians....) taking a place in the future of Lebanon...

Right now Nasrallah plays you boys like a string guitar...

the filthy zionist information war department is trying hopelessly to engage in argument with me.

we patriotic lebanese do not argue with our enemies.

p.s. whenever you see someone portraying southern lebanese as an iranians you know it's zionist information war department.

@ geha, HA HA HA, I love it, danab el kalb a3waj law 7ateito bil 2aleb 2arb3een sineh, the dog's taill is crooked and will remain crooked even if you put it in a mold for 40 years!!!!!

Bowing to geha for his humor :)~

@ mowaten IRANI el ahbal, KHOD! Ya rabbeh tiggi bi 3eino! I guess I do know how to speak arabic after all.

@ Bigdig:I tend to agree with you I don't think anything can Stop The Patriarch from continuing his righteous objective which is the Lebanese together
MrBrain

Tell the Hezz to start paying their electric bill. Tell them the holy books talk about willfully stealing from others. Also tell them that starting wars and killing Lebanese in the streets is a sin.

"Thou shall not kill"

it is a pilar of Christianity

how on earth then can a Xian religious leader praise those who have killed: bashar and hassoun?

Eminence Sfeir, you are deeply missed...