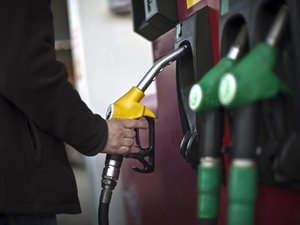 Brent North Sea crude for delivery in November jumped $1.59 to $105.53 a barrel in London midday deals.

"The main reasons are a change of sentiment on financial markets, reflected in rising equity markets and a somewhat weaker U.S. dollar.

"The downside risks for the economy and oil demand have not disappeared overnight, so a renewed price fall cannot be ruled out," he added.

Stock markets around the globe rallied sharply on hopes European leaders would finally get a grip on the long-running crisis threatening the euro project, even if analysts cautioned such euphoria could prove short-lived.