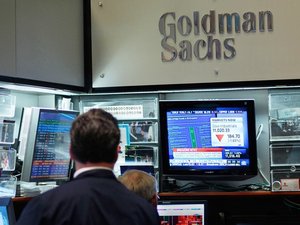 Goldman Sachs is mulling drastic spending cuts as it braces for what could be one of its worst quarterly reports since it went public more than a decade ago, the New York Times reported Tuesday.

After Goldman set out this summer to cut costs by $1.2 billion by mid-2012, including slashing some 1,000 jobs, or three percent of its workforce, the Times said the firm is now considering cutting up to $1.45 billion.

It said the company is also looking at cutting employee pay and non-compensation costs such as real estate and travel.

Such plans could change in the coming weeks depending on the markets, and the company will not likely make a final decision until its third quarter earnings are officially released on October 18.

Analysts expect the report to show that Goldman earned $1.35 per share in the quarter, less than half what it earned in the same period in 2010.

Some analysts even predict a loss for the leading Wall Street firm, which has had just one losing quarter since it went public in 1999, a $2.12 billion drop in the fourth quarter of 2008, during that year's financial meltdown.