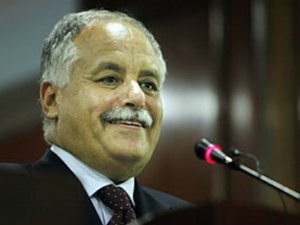 A judicial official says Libya's ex-prime minister has been freed from jail after an appeals court overturned his conviction for illegally entering Tunisia.

Al-Baghdadi al-Mahmoudi was arrested Sept. 22 on charges of illegal entry after he was found without a visa as he was trying to flee across the border to Algeria. He was convicted the same day to six months in prison.

Libya's transitional government said last week it would ask Tunisia to send al-Mahmoudi home to face justice. A Tunisian justice ministry spokesman says no official extradition demand has been made.