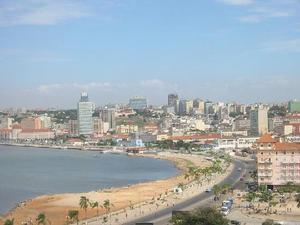 "These foreigners were expelled from Angola because of their illegal status and for money laundering and for terrorism," said Fretas Neto, who heads Angola's foreign migration office (SME).

The action was taken, he explained, "to safeguard the national interest and guarantee the internal security of the Angolan state."

"They will be banned from the country for a period of more than 20 years," he added.

Since a protracted civil war ended in 2002, Angola has attracted a substantial number of foreigners looking to capitalize on an economic boom fuelled by the flourishing oil industry and the diamond trade.

There are several Lebanese-owned businesses in the capital Luanda, mainly in the import-export sector.

not just Hezbollah members,.. but also could be Amal or Aounist members...

Terrorists should be expelled from Lebanon too.

Anti-Lebanese policy to target all Lebanese financial resource to starve the nation and destroy it.