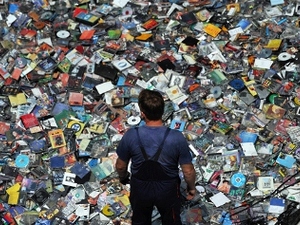 A Lebanese-Syrian gang involved in promoting pornographic movies has been arrested by the Lebanese general security forces, reported the National News Agency on Wednesday.

The group, comprised of a Lebanese national and four Syrians, sold the films on DVDs in various regions in Lebanon, especially in the Jbeil district where it was uncovered.

The suspects have been handed over to the concerned judicial authorities in order to uncover the remaining members of the gang and the network they are collaborating with to distribute these movies.

Mike, those are sold to the syrian workers on the construction sites, to entertain them during those cold winter nights and hot summer evenings.

if Rifi and the rest of ISF would stop wasting their time on such stupidities, they woulsd be more effective in dealing with serious crimes.

Stupid backward theocratic government! I don't know who entrusted a bunch of government employees with safeguarding the moral values of society.

The only valid reason for seizing these DVDs and arresting the sellers is if these DVDs are pirated and the ISF are enforcing Intellectual Property Rights. But given that there are no laws protecting IPRs in Lebanon (again, backward country), that must not have been it.

to jabalamel - you are aware that they are talking about the General Security, which is headed by Hezbollah-affiliated Abbas Ibrahim...

How hypocrit, knowing that so many of Beirut-roaming call girls come straight from Dahyeh...