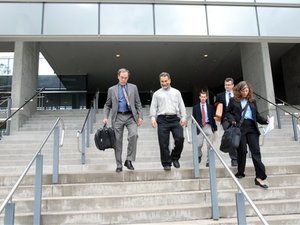 The U.S. embassy in Riyadh warned American citizens on Wednesday of a plot by a "terrorist group" to kidnap Westerners in the Saudi capital.

In a statement on its website, the embassy advised "U.S. citizens in the Kingdom of Saudi Arabia that we have received information that a terrorist group in Saudi Arabia may be planning to abduct Westerners in Riyadh."

"The U.S. embassy in Riyadh reminds all U.S. citizens to exercise prudence and enhanced security awareness at all times," it added.