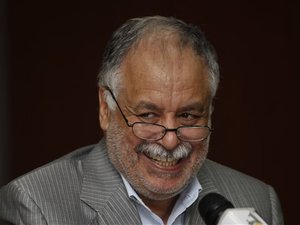 "The prosecutor general has issued a summons for former Prime Minister Baghdadi al-Mahmudi," the minister, Mohammed al-Alagi, told a news conference in Tripoli.

A Tunisian court swiftly sentenced him to six months in prison after finding him guilty of illegal entry, but that decision was overruled on Tuesday by a higher court following an appeal by his lawyers.

Mahmudi's arrest was the second in Tunisia of a senior Libyan official since the fall of the regime run by Gadhafi, who has been on the run since Libyan rebels took the capital Tripoli on August 23.