Auditors Back to Athens as Debt Crisis Hits Crunch 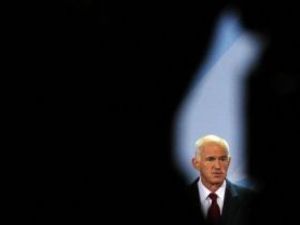 Global creditors announced Wednesday the return of auditors to Greece in a bid to break an impasse over billions of euros in blocked bailout loans Athens needs to avoid default.

Nearly four weeks after abruptly leaving the city, EU and IMF negotiators will restart tough number crunching from Thursday amid mounting social tension and what the European Union describes as the biggest challenge of its history.

Efforts to resolve the wider debt crisis, which the United States fears will trigger another worldwide downturn, are embroiled in national feuding with German Chancellor Angela Merkel suggesting a second Greek bailout may need to be renegotiated.

Berlin, Paris and the European Central Bank are also at odds over how much Europe's banks should lose in the event of a default, which would require massive recapitalization of bankruptcy-threatened lenders.

"This sort of in-fighting amongst Europe's leaders will only serve to undermine the recent rally in shares and the euro, underlining the importance of the audit's findings," said Moneycorp in a note to investors.

European stocks fell among the disarray, with London down 1.44 percent, Paris 0.92 percent and Frankfurt 0.89 percent. However the euro was up against the dollar in afternoon trading, climbing to $1.3621 from $1.3590 in New York late Tuesday.

Once auditors decide the government in Athens is doing enough to merit more financial aid, Eurozone partners and the International Monetary Fund will still have to sign off the money.

Finance ministers meet on Monday in Luxembourg, but EU economic affairs spokesman Amadeu Altafaj indicated that the negotiations in Athens would not be concluded in time for a decision by then.

He said another meeting of the 17-nation currency Eurogroup would be called to make that decision "as soon as possible."

While Greece is left waiting for the funds from a first 110-billion-euro ($150 billion) bailout approved last year, a few Eurozone states have yet to sign off on a second 159-billion-euro Greek rescue package that was agreed in July.

German lawmakers are due to vote on Thursday on expanding the scope and size of the EU's current rescue fund -- the European Financial Stability Facility (EFSF) -- which has already helped rescue Ireland and Portugal and will be tapped for Greece's second bailout.

The parliament in Finland, another country where there is deep-rooted reluctance to bailing out Eurozone strugglers, finally approved changes to the fund on Wednesday, but is still just the tenth of the 17 states to have done so.

"We are today faced with the greatest challenge our Union has known in all its history," European Commission president Jose Manuel Barroso warned in his annual "state of the union" address to the European Parliament in Strasbourg.

Greek Prime Minister George Papandreou, who held talks in Berlin on Tuesday with Merkel, said his country was making a "superhuman effort" to bring down its massive debt of more than 350 billion euros.

However the Financial Times reported the bailout had run into trouble, with some Eurozone members pushing for private creditors to take a bigger writedown on their Greek bond holdings.

In an interview with Greece's state television, Merkel said the audit could also determine if the second bailout set up in July will stand as originally agreed.

"Should we renegotiate or not?" Merkel said. "Of course we would prefer that the figures remain unchanged, but I cannot foretell (the mission's report)."

The head of the German banking federation criticized the rampant talk Eurozone governments may now push private holders of Greek government bonds to accept losses of 50 percent instead of 21 percent as agreed in July.

"If governments now unravel the deal that was reached on private-sector involvement, then the loss in confidence for the financial markets would more than negate the benefits of any such action," Andreas Schmitz told the German daily Bild.

A Greek government spokesman said the country would escape default.

"We are not far from securing (the loan tranche). One by one, pending issues are settled," deputy government spokesman Angelos Tolkas told Flash Radio.

The Greek parliament on Tuesday approved a controversial property tax to shore up its budget, but the country is under pressure to jumpstart a privatization drive that is months behind schedule, and that creditors want to see raise 50 billion euros.

Greek austerity measures have met fierce resistance and Athens was again paralyzed by a transport strike Wednesday, with police again using tear gas, ahead of protests by pensioners, municipal workers and students.

Pushing for more unity in Europe, Barroso promoted the creation of controversial joint Eurozone bonds, despite German opposition, saying they would be a "natural and advantageous step for all" against the crisis.

Seeking to prevent future debt crises, the European parliament adopted on Wednesday stiffer budget rules armed with the threat of fines against governments with runaway deficits and debts.

Fitch ratings agency lowered Eurozone member Slovenia's credit rating by one notch to AA- over concern over its banks and failure to implement reforms to stabilize public finances.