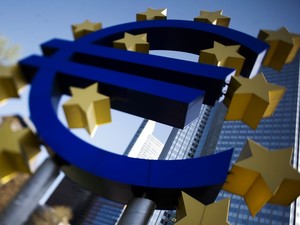 A controversial European Union bid to impose a tax on financial transactions is intended to make the finance sector pay something back after massive public sector bailouts in recent years.

Draft European Commission legislation endeavors to prevent companies from relocating outside the single market, as critics claim, or consumers from picking up the tab further down the line, as campaigners fear.

"For instance, for a purchase of shares to the value of 10,000 euros, the bank could charge 10 euros, which is not excessive," the commission says.

Here are some of the key features of the plans, which need unanimous approval by 27 EU states despite stiff resistance from London, which fears capital flight from the City -- the square mile that is home to four-fifths of the EU's financial services marketplace.

The EU executive, which is trying to find new ways to create its own income for the stated purpose of encouraging economic growth, rather than rely on contributions from grumbling governments, says financial services are "in the majority of cases exempt from paying VAT (due to difficulties in measuring the taxable base)." Besides, the sector enjoys "very high profit margins" and "implicit protection" from governments.

Belgium, Britain, Cyprus, France, Finland, Greece, Ireland, Italy, Poland, Romania and Sweden already have forms of these taxes in place. All 27 would have to apply minimum rates: for the exchange of shares and bonds, 0.1 percent; and for derivative contracts, 0.01 percent.

"The exchange of financial instruments between banks or other financial institutions," including "securities, bonds, shares and derivatives." But NOT "transactions typically undertaken by retail banks in their relations with private households or businesses, except when they relate to the sale or purchase of bonds or shares, i.e. house mortgages, bank borrowing by SMEs, or contributions to insurance contracts." Likewise "spot currency exchange transactions and the raising of capital by enterprises or public bodies, including e.g. public development banks through the issuance of bonds and shares on the primary market."

The tax would be "based on the principle of tax residence of the financial institution or trader," as opposed to the place where the transaction took place.

January 1, 2014. If it gets through a year of negotiations trying to make London agree.