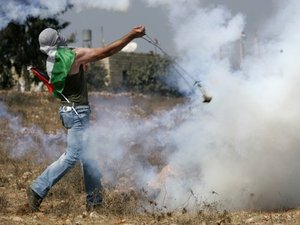 Turkey on Thursday slammed Israeli plans to expand a settlement in east Jerusalem and said the move further underlined the need for the world to back the Palestinian bid for full U.N. membership.

"Israel's decision raises serious doubts about its sincerity and its true intentions," Turkey's foreign ministry said in a statement. "It constitutes a flagrant violation of international law and is unacceptable."

"Israel's pursuing of construction in illegal settlements on Palestinian land shows one more time that the Palestinian request to be recognized as a full member of the U.N. is justified and to the point," it said.

The statement was referring to a plan, signed off by Israel's interior ministry on Tuesday; to build 1,100 new homes in Gilo in annexed east Jerusalem.

Israel has faced growing international pressure to abandon the plan, including from its main ally the United States, as well as the European Union, China, Egypt and Russia.

Relations between Israel and its once close ally Turkey have steadily deteriorated since May 2010, when a botched Israeli raid on an aid flotilla bound for the Hamas-ruled Gaza Strip left nine Turkish nationals dead.

Rediang this makes my decisions easier than taking candy from a baby.