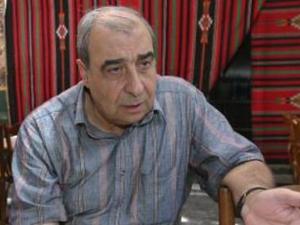 "The opposition within the national council are in favor of foreign intervention to resolve the crisis in Syria, while those at home are not," Kilo claimed in remarks to Agence France Presse at his home in Damascus.

"If the idea of foreign intervention is accepted, we will head towards a pro-American Syria and not towards a free and sovereign state," he said.

"A request for foreign intervention would aggravate the problem because Syria would descend into armed violence and confessionalism, while we at home are opposed to that."

He is a member of the National Committee for Democratic Change (NCDC), which was formed on September 17 and groups Arab nationalists, socialists, Marxists, members of the Kurdish minority and independents such as Kilo.

He said the NCDC has a central committee of 80 members, of whom 25 percent are from the "young revolutionaries" who spearheaded protests against President Bashar al-Assad that broke out in mid-March.

Kilo said the opposition figures in Turkey have not consulted the NCDC and offered it only three representatives among the 71 of its members coming from inside the country.

The Syrian National Council (SNC) was set up in August and consists of 140 people, half of whom live in Syria. The names of its members inside Syria have not been released for security reasons, the council said.

It is dominated by the Islamist Muslim Brotherhood which is banned in Syria, but it includes liberals and Syrian notables.

Paris and Washington have welcomed the formation of the SNC, which is backed by the Local Coordination Committees, an anti-regime network inside Syria.

The group is to meet this weekend in Istanbul in a bid to unify the fragmented opposition movement, a spokeswoman said on Tuesday.

"All our efforts now are not to appear as a movement that wants to eliminate others, we're trying to offer a national framework," Bassma Kodmani said.

Opposition movements behind the protests against Assad's regime have been fragmented and difficult to measure. They are largely split along three lines: Arab nationalists, liberals, and Islamists.