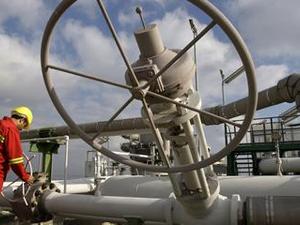 Turkey threatened Thursday to revoke a contract to purchase six billion cubic meters of natural gas, a third of its Russian imports, if the price is not reduced.

"We have asked them (Russia) for a reduction. If Russia does not sufficiently meet this demand, we will display the will to end the contract," Energy Minister Taner Yildiz told reporters in Ankara.

The energy minister referred to an agreement under which Turkey imports six billion cubic meters of gas from Gazprom Export, a subsidiary of the Russian gas giant Gazprom, via a western pipeline.

Gazprom Export said it had received no information from Turkey's state-run oil and gas company Botas regarding the extension of the contract.

"Gazprom Export has so far received no information from its Turkish partner, Botas, concerning its position to extend the contract," said Gazprom Export in an email to Agence France Presse.

"Botas is the partner which Gazprom Export is negotiating with, not the (Turkish energy) ministry," it said.

Ankara is seeking ways of keeping gas prices for domestic consumers down, the media reported. But the rising costs of gas imports and high exchange rates were putting pressure on the government.

Yildiz said natural gas input prices had increased by around 39 percent over the last 29 months, adding that this would prompt Turkey to revisit each and every expiring contract one by one.

"One of them is the agreement about the western line. If we cannot see a sufficient discount, we will end it," said the minister.

The agreement with Russia expires at the end of this year.