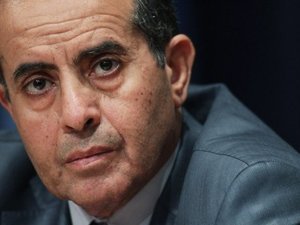 Libya's interim Prime Minister Mahmoud Jibril said Thursday that he will not be a part of the new government, the formation of which has been postponed until the end of the country's conflict.

Asked at a news conference in Tripoli about the timetable for the government's announcement, Jibril said: "I hope that soon we will free Sirte and Bani Walid to begin negotiations on the formation of the transitional government, of which I will not be a part."