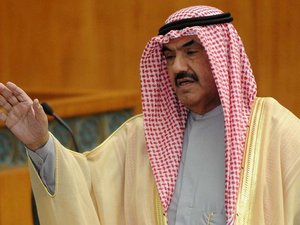 The pair discussed a range of issues, "including the changes underway in the region as a result of the Arab Spring, and the importance of resolving outstanding issues between Kuwait and Iraq," the White House said.

They "stressed the enduring ties" between the two countries, 20 years after U.S. troops helped to liberate Kuwait following the 1990 invasion by the regime of former Iraqi strongman Saddam Hussein, which sparked the Gulf War.