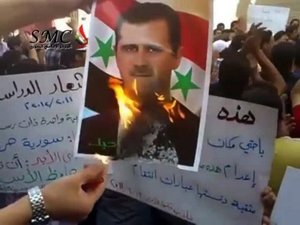 Syrian security forces killed a civilian in the flashpoint central city of Homs on Friday, adding to six killed in the province the previous evening, two of them children, activists said.

The civilian was killed in the city's al-Khalidiya neighborhood, the Britain-based Syrian Observatory for Human Rights said.

Security forces had also opened fire during search operations in the city on Thursday evening, killing four people, one of them a young girl, the watchdog said.

Two more civilians, one of them a child, were killed in Rastan, a town north of Homs which has been the scene of a massive operation by troops backed by armor in recent days.

The office of the U.N. High Commissioner for Human Rights in Geneva has said the death toll from the Syrian government's bloody crackdown on dissent has risen to more than 2,700 since March 15.