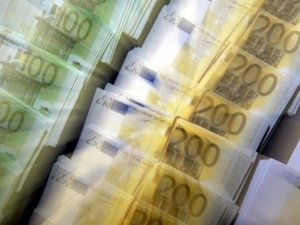 Spain sealed a 7.55-billion-euro ($10.2 billion) overhaul of its banking sector Friday, securing savings banks that nearly bankrupted the country in the wake of the 2008 global financial crisis.

The state bought out the fourth bank, Caja Mediterraneo, for 2.8 billion euros in June.

"The recapitalization process is complete," Ordonez told a news conference.

"All the savings banks have fulfilled the new solvency requirements."

Added to the 7.55 billion total are a further 5.83 billion euros in private funding. This brought the total cost of the recapitalization to 13.39 billion euros, less than the 15.15 billion initially estimated.

Friday was the deadline for the restructuring, which saw 45 regional savings banks merged into 15, with most of them becoming regular commercial banks. They reformed their management and cut staff and branches.

The central bank granted a 25-day extension on Friday to two other savings banks, Banco Mare Nostrum and Liberbank, to give them more time to find private investors to strengthen their financial position.

BMN needs a further 637 million euros and Liberbank 519 million euros to meet the new, tougher solvability requirements imposed by the government this year.

The central bank's deputy governor Javier Ariztegui said the value of the recapitalization was less than the total book value of the banks, but he did not give details.

Overall, Ordonez said: "The assessment is positive, particularly at what has been the worst time for the financial sector in the last 70 years."

The banks' capitalization is now "sufficient, even in worse scenarios," such as those simulated by the European Union's last banking stress tests whose results were released in July, he added.

A central bank statement added: "This recapitalization process has greater value in that it was carried out in an extremely difficult international context, due to the tensions of recent months on financial markets."

"The sector has carried out a considerable clean-up of its balance sheets," government spokesman Jose Blanco told a news conference.

"We can now count on a financial sector that is more solvent and more transparent and is going to help credit to flow to the real economy, that is to businesses and families."