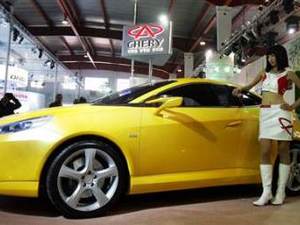 The Chinese government had already conveyed the decision to Fuji Heavy, which produces Subaru cars, the Yomiuri Shimbun newspaper reported in its evening edition.

But Fuji Heavy is considered as part of Toyota Motor Co., which has a 16.5 percent stake in it and has already started up two joint ventures in China, Yomiuri said.

No official was immediately available at Fuji Heavy to confirm the report.

Fuji Heavy applied for the joint venture in May and had planned to produce 150,000 vehicles annually by 2015 in China, the Yomiuri said.

China has become an increasingly important auto market after it overtook the United States two years ago to become the world's largest.