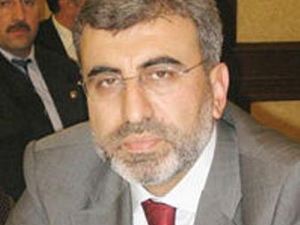 Turkey has revoked a contract to purchase six billion cubic meters a year of natural gas from Russia, its main supplier, after failing to win a discount, Energy Minister Taner Yildiz said Saturday.

"The contract on the western routing has been wound up because the request for a lower price has been refused," Anatolia news agency quoted him as saying.

Yildaz had threatened Thursday to end the contract under which Turkey imports gas from Gazprom Export, a subsidiary of the Russian gas giant Gazprom, via a pipeline passing through Ukraine, Romania and Bulgaria.

Yildiz said Thursday that natural gas input prices had increased by around 39 percent over the last 29 months, adding that this would prompt Turkey to revisit each and every expiring contract one by one.

The agreement on the western pipeline, which feeds Turkey's biggest city of Istanbul, was signed in 1986 and was due to expire at the end of this year.

Other Russian gas is supplied by the South Stream pipeline passing under the Black Sea.

Yildiz said Saturday that the decision to break the contract did not mean that Russian gas supplies would end or cause any problems between Ankara and Moscow, whose "strategic relationship cannot be affected by a few contracts."