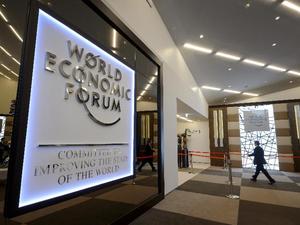 The world's political and business elite gather for their annual meeting in the glitzy Swiss ski resort of Davos from Wednesday, with the shadow of recent attacks in France and ongoing global conflicts looming large.

French President Francois Hollande and U.S. Secretary of State John Kerry will be among the 2,500 movers and shakers thrashing out the burning issues of the day next to the frozen slopes, exactly two weeks after the deadly attacks on French satirical magazine Charlie Hebdo.

The bloodshed in France, which left 17 people dead, and Western countries' efforts to prevent returning jihadists planning attacks on home soil will be high on the agenda of the four-day Davos meeting.

Alongside top European and U.S. leaders such as German Chancellor Angela Merkel and Belgian Prime Minister Charles Michel -- whose country recently foiled an attack -- the topic will be broached at a global level with Iraqi leaders including Prime Minister Haidar al-Abadi and Kurdish leader Massud Barzani.

The raging Ukraine conflict will also feature high on the agenda, with President Petro Poroshenko addressing the gathering, after Kiev accused Russian forces of attacking its soldiers in the country's separatist east and Russian Foreign Minister Sergei Lavrov also making the trip up the mountain.

"Both terrorism and geopolitics are likely to cast their shadows on this year's meeting. Both are serious threats to political stability in Europe and in the Middle East and North Africa," Nariman Behravesh, chief economist at IHS, told AFP.

"This year's delegates will likely look for reassurance on two things. First, that national governments will take the necessary actions to limit terrorism risks. Second that enough is being done to sustain and boost growth in the global economy," he added.

Officially, the meeting is called the "World Economic Forum" and it comes as storm clouds gather over the global economy, with the International Monetary Fund slashing its world growth forecasts.

A gloomy survey by consulting group PwC released on the eve of the meeting showed global business leaders are downbeat on the potential for economic growth in 2015.

The European Central Bank's much-awaited likely decision on Thursday to introduce a form of Quantitative Easing -- a huge buy-up of government debt in the euro area -- will also focus attention among the assembled financial elite.

And the looming Greek elections and renewed fears that the debt-wracked country could be forced to leave the eurozone will also feature prominently, as will the recent plunge in the price of oil.

China's Li Keqiang, the country's first premier to attend the forum since 2009, will on Wednesday seek to shore up international confidence in the Chinese economy and allay fears that the Asian giant's growth is slowing.

Ahead of the meeting, a report by charity Oxfam that wealth accumulated by the richest one percent will exceed that of the rest of the world in 2016, made headlines around the world.

Opening the event, organiser Klaus Schwab said: "We are here to be passionate and to show our compassion. Sharing and caring should be the motto of this meeting."

But this being Davos, there will be no shortage of glamorous Champagne-fueled parties as CEOs and presidents rub shoulders with celebrities and journalists in the picture-perfect, snow-covered idyll.

Among the royalty in the ski resort is the king of Jordan, Prince Albert of Monaco and Britain's Prince Andrew -- the subject of lurid recent headlines that forced him to deny allegations that he had sex with a minor.

However, this year, the consumption of caviar and bubbly might be restrained as even the deep-pocketed elite blanche at the prices.

Davos, already one of the most expensive places on the planet, became 30-percent dearer overnight last week after the Swiss central bank decided to scrap a 1.20 franc-to-the-euro cap that sent the unit sky-rocketing against the European single currency.